Michael was diagnosed with Acute Lymphoblastic Leukaemia (ALL), a cancer of the blood, in October 2019, when he was four. At the start it was so hard for people to understand why we were so particular about them not coming over if they had a sniffle, but since Covid, nobody is taking any chances. Covid has been, and still is, a huge worry for families living with childhood cancer.

Before he was diagnosed, Michael had been getting a lot of chest infections and complaining of leg pain. He was quite tired too, but he had bloods done a few months beforehand that all came back fine!

One night he woke up crying with pain. I noticed a bruise on his leg and his breathing sounded strange, so we brought him to Temple Street. After a day there, a doctor advised us that something was picked up in Michael’s blood and that we had to go to Crumlin straight away. Our worst fear was confirmed when we got there – Michael was diagnosed with leukaemia. Our world came crashing down. The grief that hits you is unbearable.

My sister had passed away suddenly the year before at the age of 43 and I remember saying “this can’t be happening my sister only died last year”, as if that should have made us exempt from this nightmare. Unfortunately, that’s not the way cancer, or life, works.

Treatments started rapidly. His Hickman was fitted and over the next few months there were lots of trips to theatre, he lost his hair twice, his face swelled up, he was unable to walk, he had blood transfusions and at times we had to hold him down so he could get chemo. He was absolutely traumatised.

It was heart-breaking looking at him and not being able to make it go away and his sisters, aged 12 and eight, were also suffering. It’s been really tough on our older girl in particular, because she’s so aware of what’s going on and she worries a lot. I just keep reassuring her and we have every reason to be positive now – we’re on the right path.

My husband and I were very worried about Michael getting depressed at the start of treatment because he just went so quiet. His coping mechanism in hospital has been to block things out and to ignore the doctors and nurses, but the Play Specialists got him talking and playing again. They really play such a vitally important role in Crumlin, they have been a godsend.

Michael is also enrolled in the Beads of Courage programme. The amount of beads still blows my mind and he’s not even finished collecting them! All going well, Michael will be finished his treatment in December 2022. He’s only six so he doesn’t fully understand the beads at the moment, although he likes getting them. I get him to help me stringing the beads on to help his fine motor skills. The beads represent his treatment plan, unique to him, and I know it’ll help him when he’s older.

Michael is one year into maintenance now. His Hickman had to be removed when it became blocked beyond repair and after a big conversation with his doctors, we decided to remove it for good rather, than replace it. It means that he can have baths now and also play water games, which he loves to do with his sisters. His birthday toys consisted of everything that he could put water in!

When things are going well, we can put his diagnosis to the back of our minds and just focus on our Michael, who loves superheroes and is obsessed with his Xbox! I have every hospital related item hidden in presses at home. I guess, in a way, it’s so we can pretend it’s not happening, until he’s not feeling himself or clinic or theatre day rolls around and then it hits you again. But you learn to take these things one step at a time.

Michael’s finishing date for treatment is December 2022 we can see a finish line now and long may things continue to go in his favour. 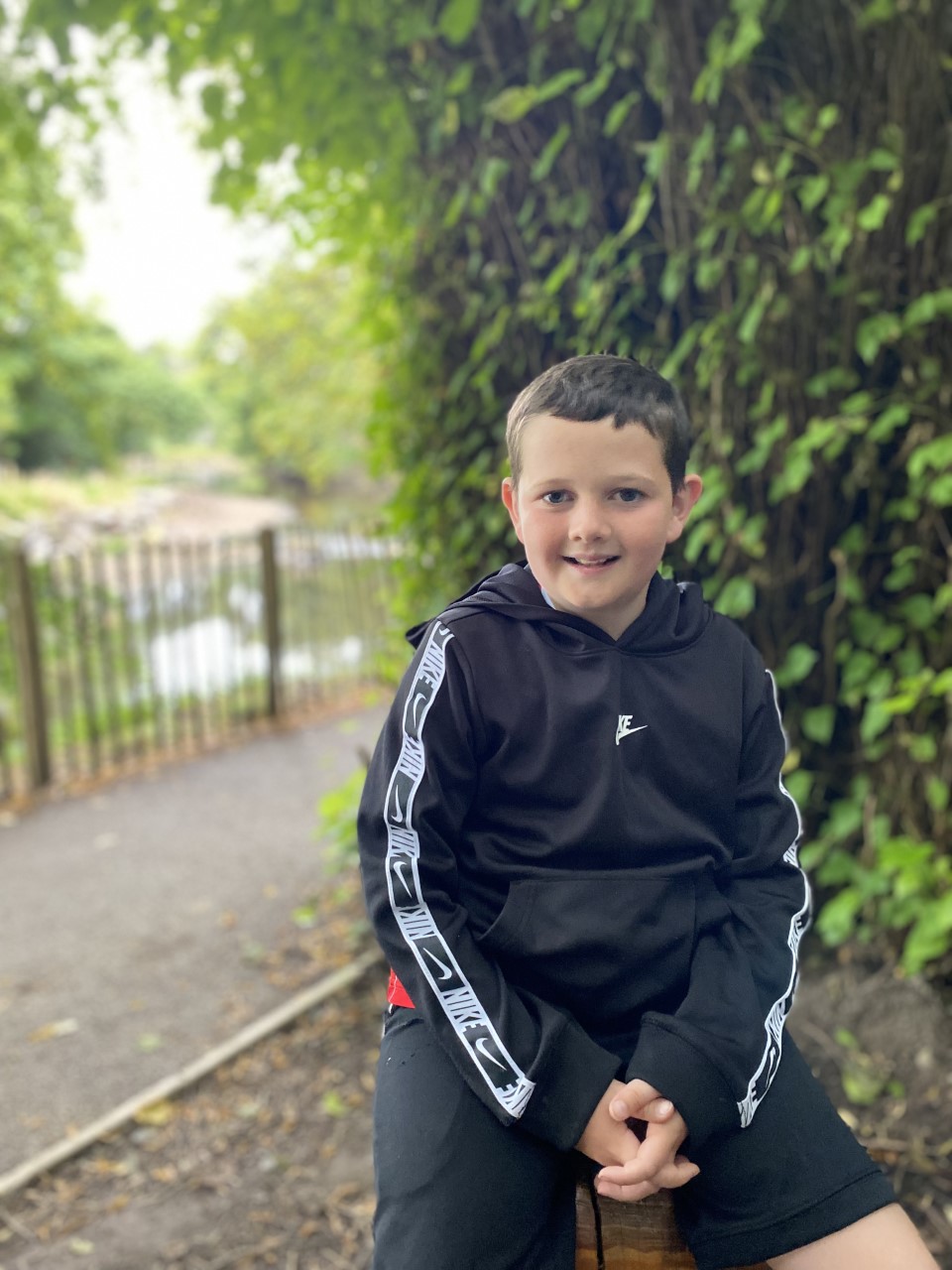 If you met Ella today you would have no idea...

Michael was diagnosed with Acute Lymphoblastic Leukaemia (ALL), a cancer...